Small and shy, the franciscana (Pontoporia blainvillei) is the most endangered—and perhaps the least known—dolphin on the Atlantic coast of South America. With distribution spanning Brazil, Argentina and Uruguay, the main pressures on franciscana populations are loss of habitat, pollution and accidental bycatch.

Franciscana Management Area I (FMA I) aims to support research on franciscana ecology and the impact of accidental by-catch along the Brazilian coast. Phase I supported research focused on the priority area FMA I (the north shore of Rio and the south of Espírito Santo), where population levels are irregular and genetic variability is low. The research effort was later expanded to FMA II (São Paulo, Paraná and Santa Catarina) and FMA III (Rio Grande do Sul to the northern coast of Argentina), encompassing the dolphin’s entire Brazilian range. All of these initiatives are aligned with the targets established in the National Action Plan for the species.

The Franciscana Conservation project is an offset measure established under a consent decree agreed between the company PetroRio and the Federal Public Prosecutors’ Office in Rio de Janeiro. It is implemented by FUNBIO. 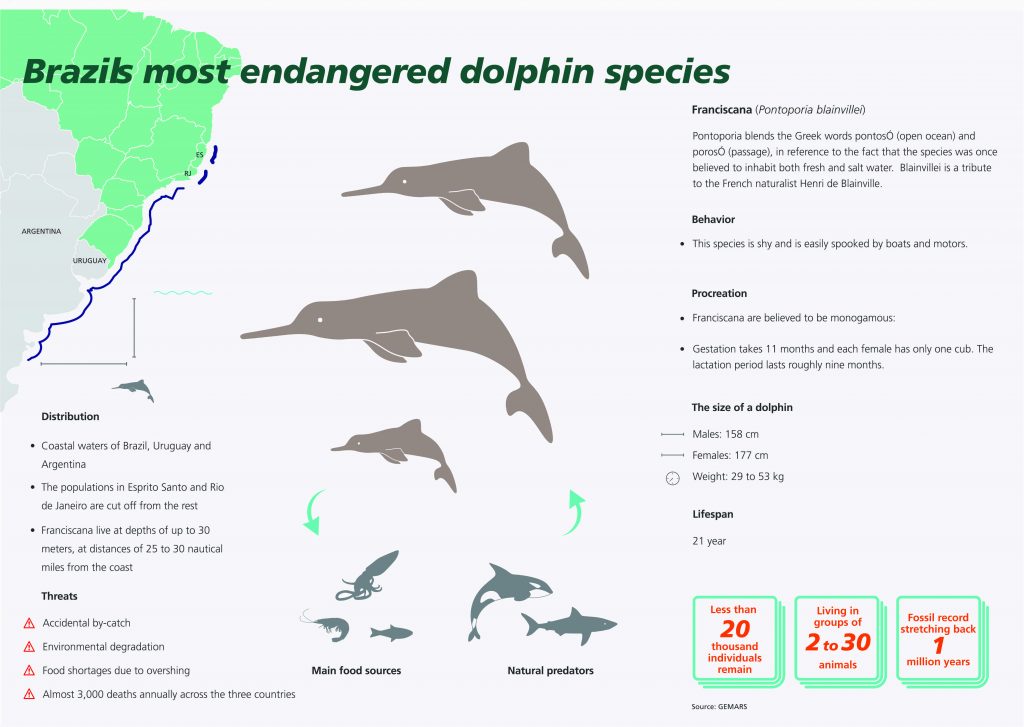