Home - Programas e Projetos - A MILLION TREES FOR THE XINGU

A MILLION TREES FOR THE XINGU

The project One Million Trees for the Xingu began in 2016 with the aim of planting a million specimens of native tree species around the headwaters and springs of the Xingu River in Mato Grosso. The three-year initiative is fruit of a partnership between Funbio, Rock in Rio and the Socio-environmental Institute (ISA). In addition to contributing to forest restoration, the project generates income for some 420 collectors on the Xingu Seed Network, including Amerindians, family smallholders and extractive settlements. Rock in Rio is the donor behind One Million Trees, which is part of the company’s wider socio-environmental project, Amazonia Live.

“We are delighted with the recognition our work has received. On the first planting, I was there beside my mother sowing seeds from the land I was born on”, says Milene Alves, who has been part of the network at Nova Xavantina, Mato Grosso, since she was fourteen years old. In 2016, already a biology student, she represented the Seed Network’s 400 collectors at an event held in Rio to announce Amazonia Live: “It was a trip full of emotion,” she recalls.

The technique used is called “muvuca”, which deploys an all-in-one forest seed bomb packed with compost and sand. Here, machinery generally used for agriculture is put to the service of forest restoration. The resulting saplings grow at different rates, and so prepare the soil and generate shade that favors tree growth. 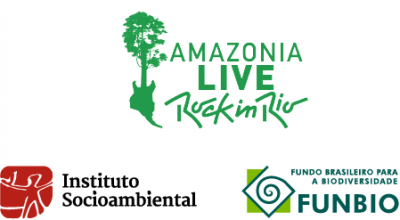